For the first 3 weeks, I built my concept and organized my ideas. I knew I wanted to create 3D short film to showcase environment work, mostly focusing on texturing and look development, while embracing part of my culture. I decided not to show any human/character, to avoid more modeling, rigging, and animation. These 3 weeks, I did a lot of research and talked with my mother back home, so she could help me gather more up to date reference with old friends and family members who own some of these objects or own a house like this one.

Idea: I will showcase a Panamanian artisan’s workshop and store, as he goes about his daily life. The camera movements will focus on the craftworks he sells, and the workstation where he creates the art.

When trying to come up with an idea for my senior project, I found this image that inspired me, located in La Arena de Chitré, Panamá: 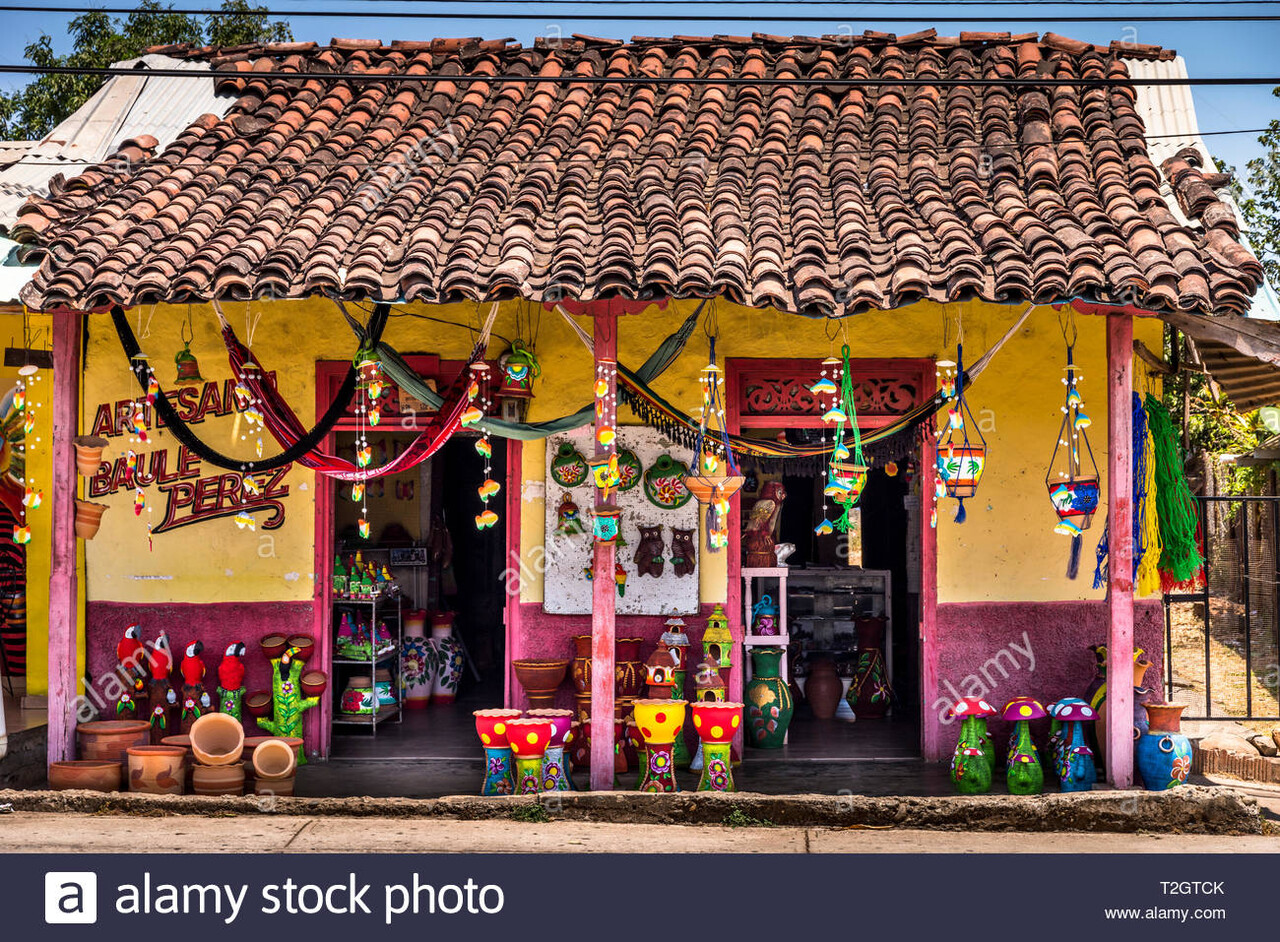 The house will look similar to that one, and the workstation will look like this: 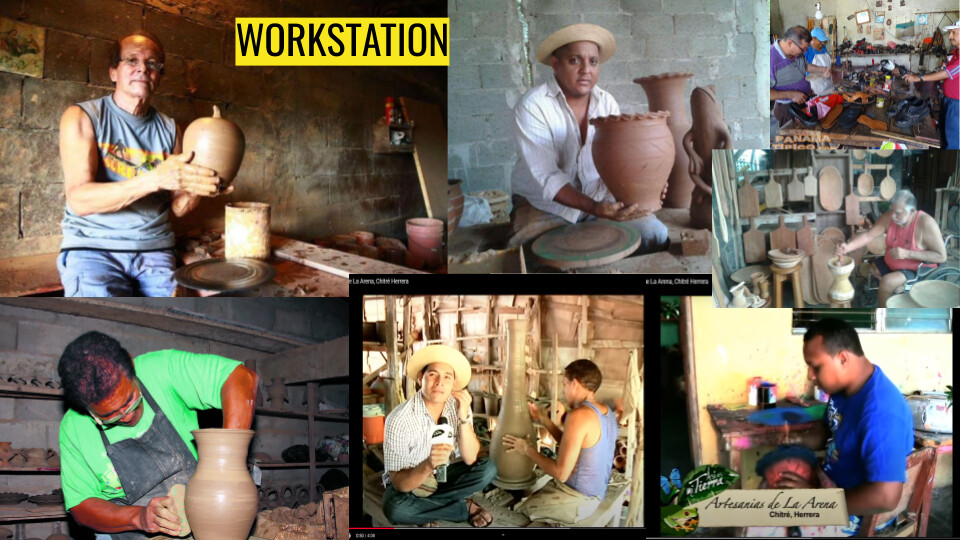 Some of the works that will be displayed: 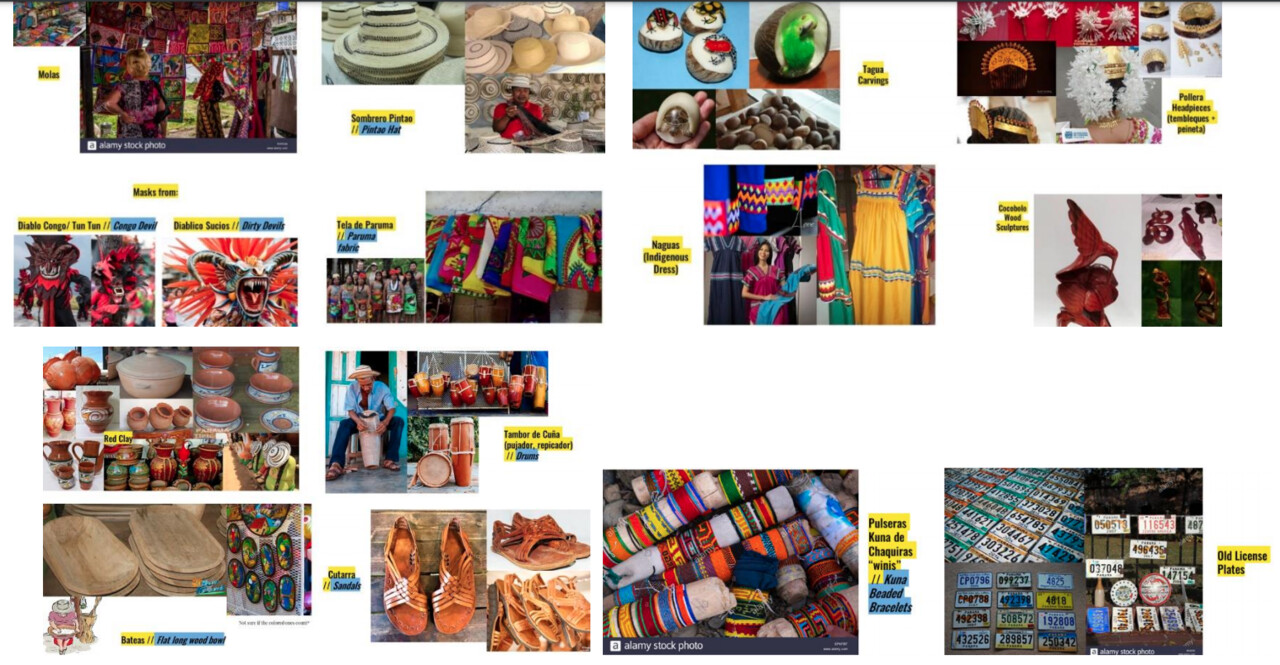 I started to plan the structure of the house. I looked up old pictures from my great grandma’s house, since she lived in an area where similar houses could be found, and she owned a similar house, but made of wood instead. My mom also helped me gather references from inside a house from a friend, who owns a house that was structured like my idea. This is my great grandma’s house, which now is inhabited: 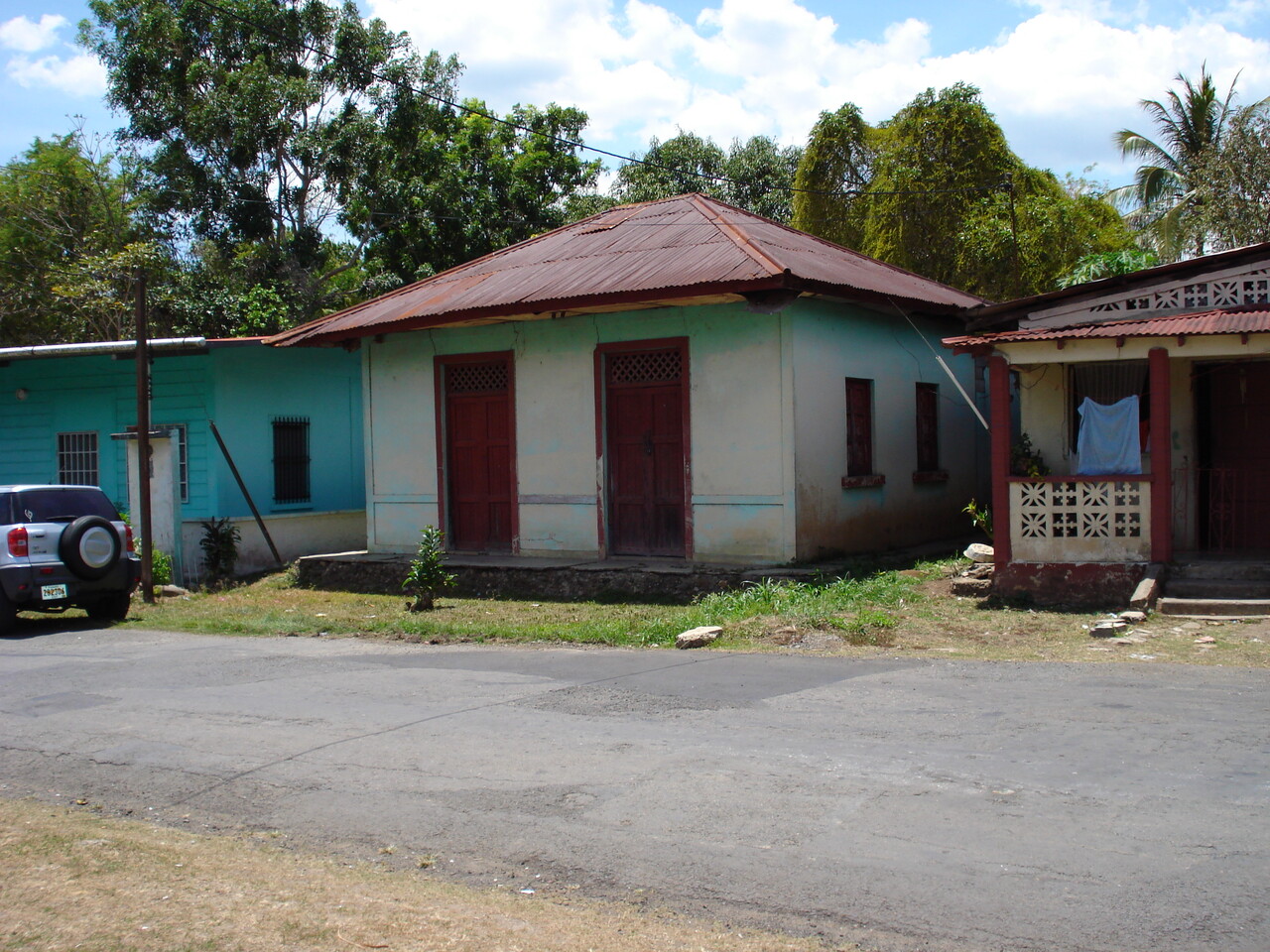 I did 3 different arrangements and ended up using the 3rd one. During this phase, I started to build mockups for the appliances in the kitchen as well. The only rooms that I plan on showing are the kitchen, workstation, and front porch/living room. 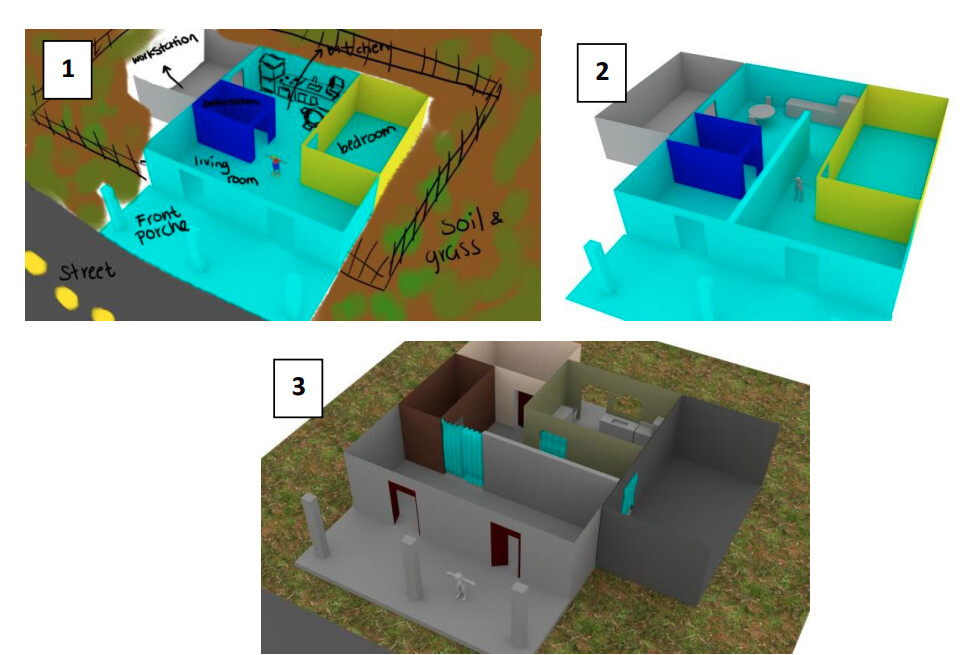 These weeks, I filled the environment with mockups of the items, to understand the space I will be working on, and that way I can create an animatic/camera movements after I fill the space. I also continued my research and had a talk with a professional in Panamanian craftworks. I am scared that it looks too full and not enough time, but I am hoping the animatic will help me narrow down my shots telling me what will be in view and what not. 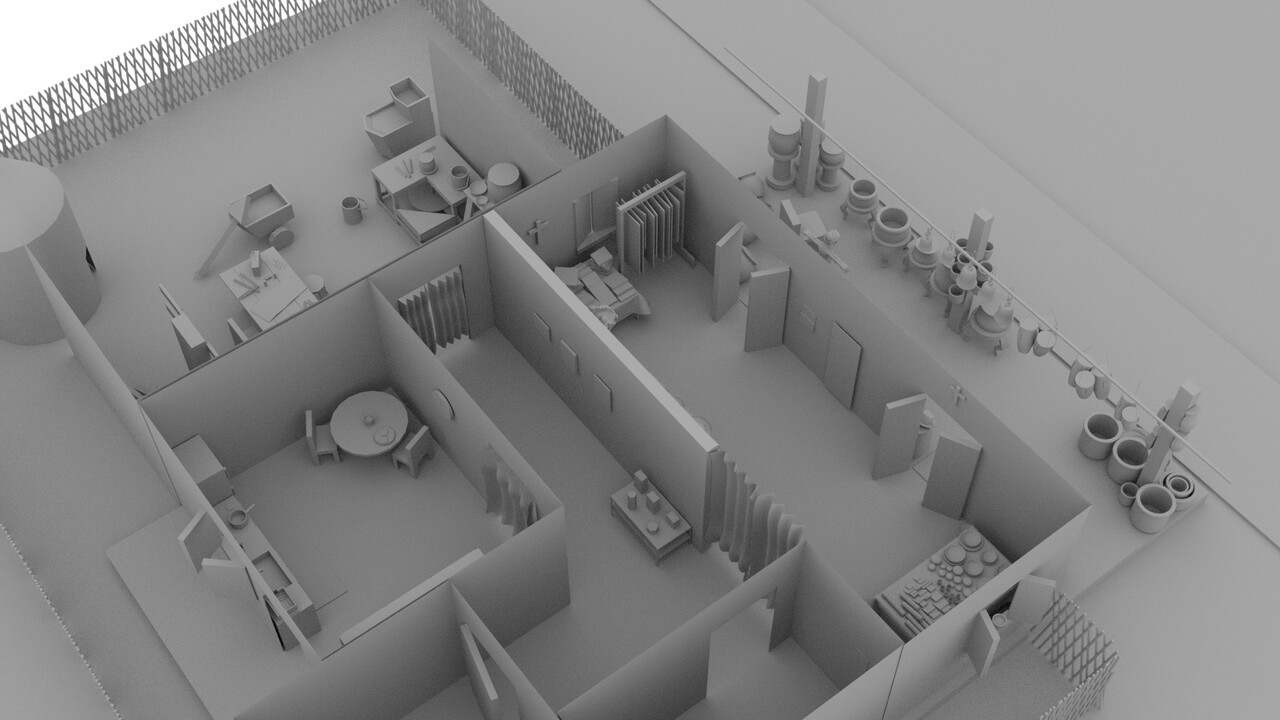 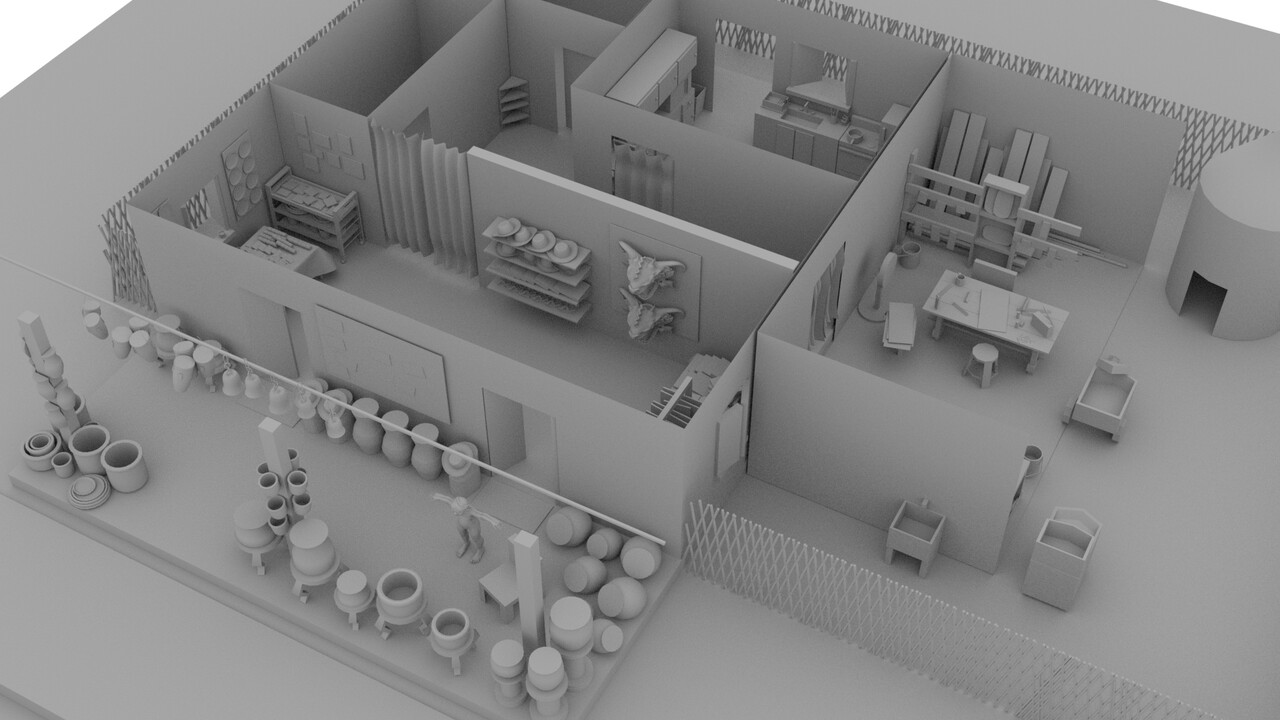 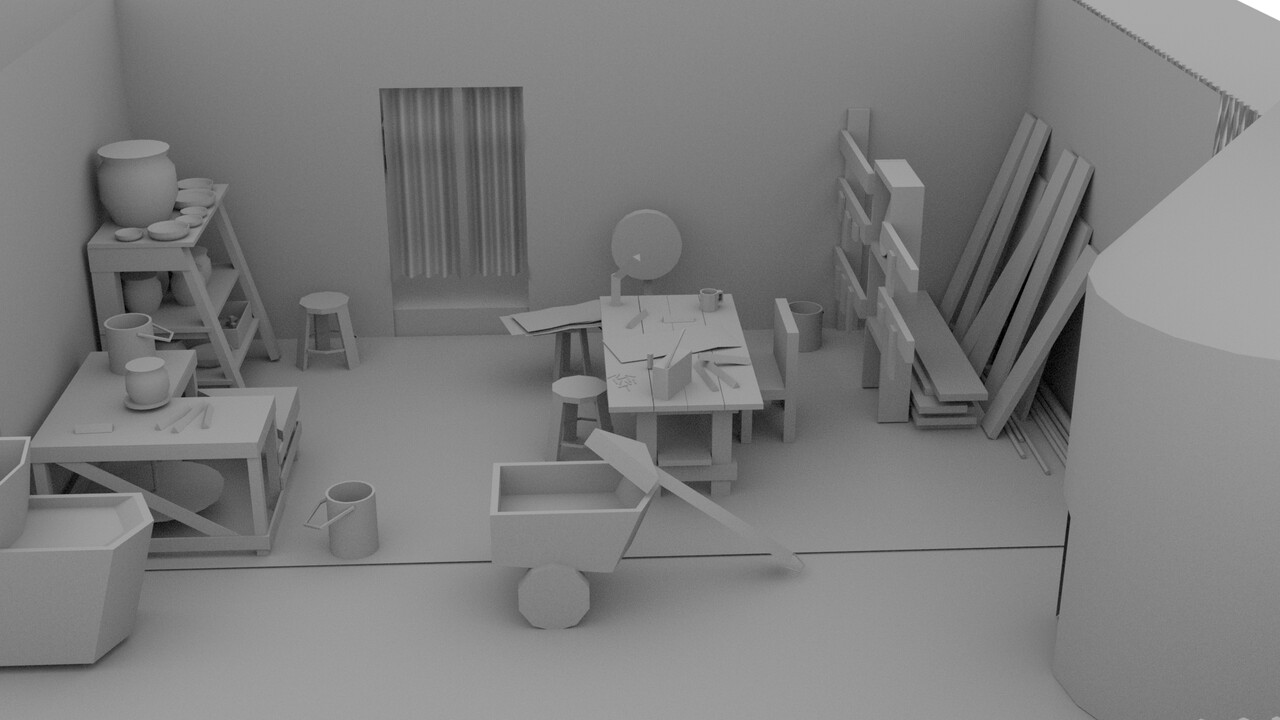 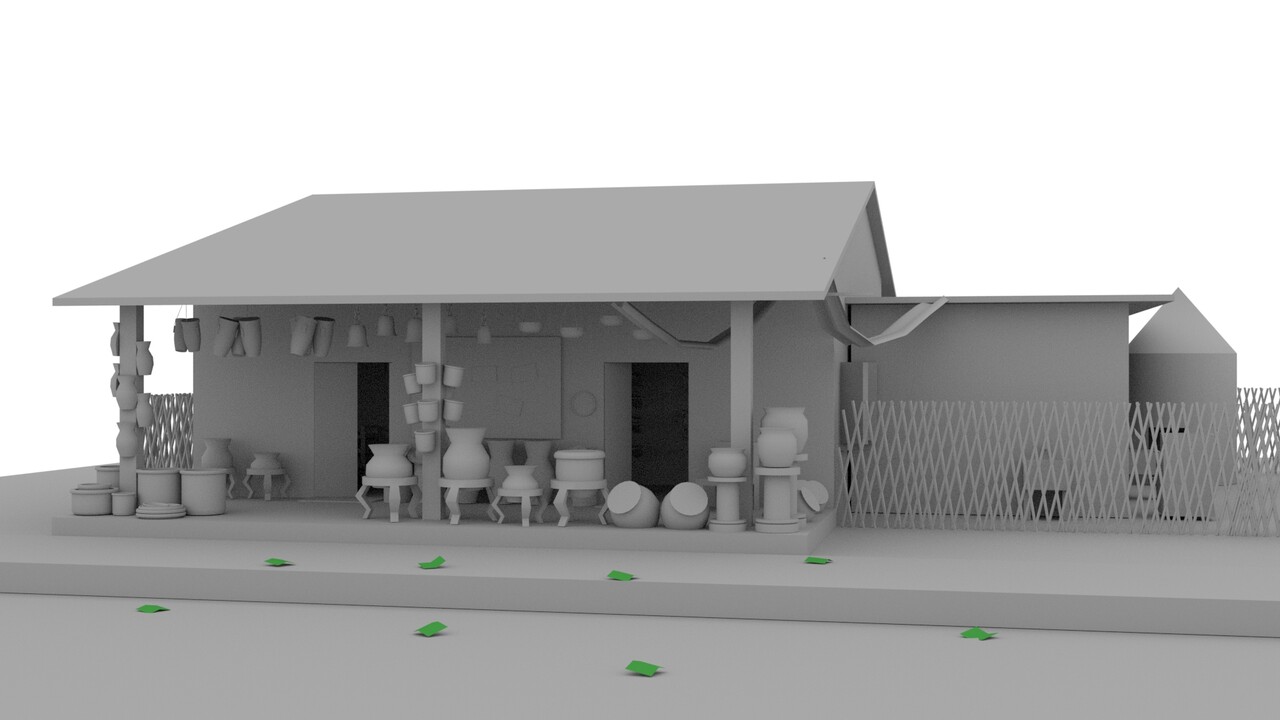 For these weeks, I focused on getting my camera movements/3D animatic for the project. I watched a couple of videos explaining camera movements. I also made sure to use establishing shots, by watching this video: https://www.youtube.com/watch?v=ACN3dw-ywAU&t=311s&ab_channel=StudioBinder . I made the decision to remove the kitchen from the short film, for now. Since I will be doing all the texturing, I think I need to be aware of time. If I believe there is enough time, I could add the kitchen back to the short film. At the moment, I am contacting Panamanian singer Patricia Vlieg, to get permission to use her song “Cabanga” as the background music for the project:

During these weeks, I talked with my professors and professor Joe gave me some feedback about the story. I am missing the authenticity/story of the person who lives here. I have a lot of his work, but not enough of his hobbies or things like that, that help build the character’s personality. So for weeks 8 and 9, I added more items to the environment, taking into consideration the artisan's personality.

My current 3D animatic is here. It has no sound since I am still not authorized to use the song I am planning to:

These are stills from each camera, and there is going to be a title in the beginning and credits at the end: 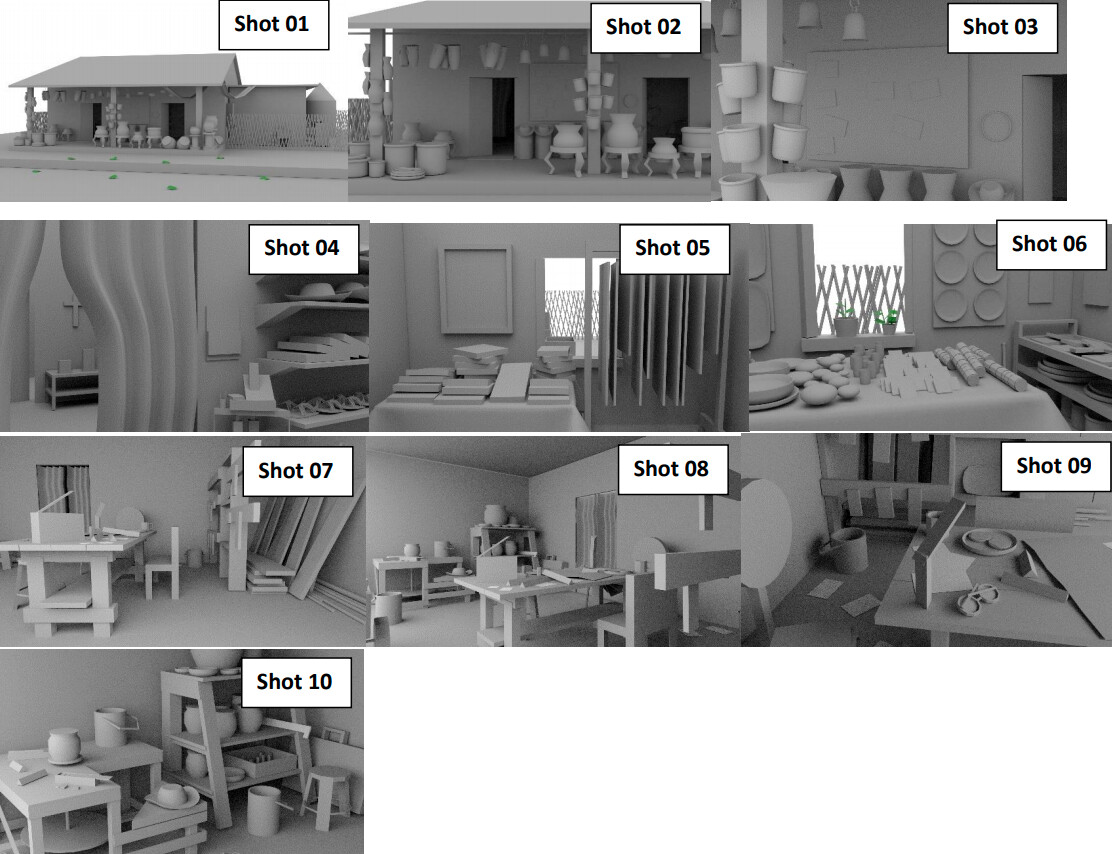 Over the break, I was able to fly to Panama, and convinced my mom to do a mini roadtrip. We drove to La Arena de Chitré in the province of Herrera, around 3.5 hrs from the city. Here's a picture illustrating where is Panama and where is the place we drove to: 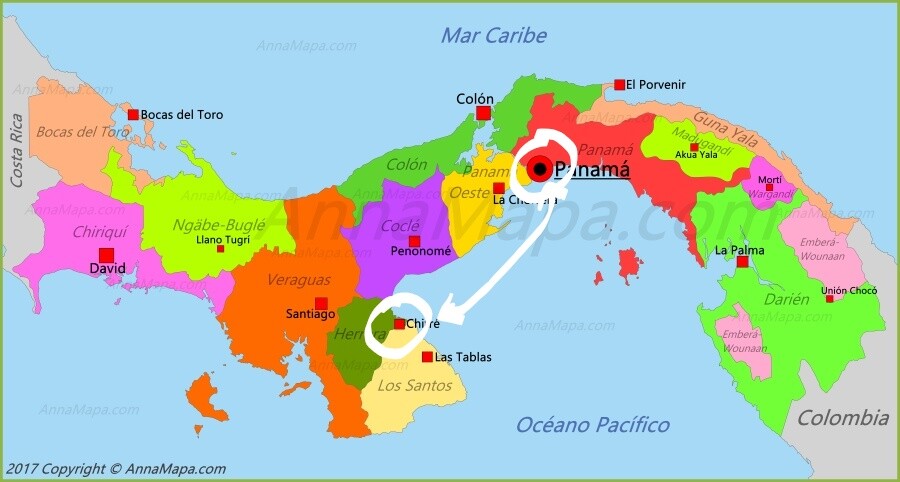 When we got to Chitré, we actually got lost, but that was the best thing that happened to us. By getting a bit lost, we were able to find these streets were the people who lived there were all artisans selling their work, and we were able to see their areas where they worked with the clay. It was interesting to see that some of the neighbors shared the space they had to work with the clay. Because of COVID-19, we had to make our trip short, but I was able to talk with an artisan and take pictures of his workstation. Here are some of the pics I was able to take from the exterior of two shops, and the work areas of various artisans. With COVID, a lot of the craftworks they sell were not displayed, or I was not able to go inside. 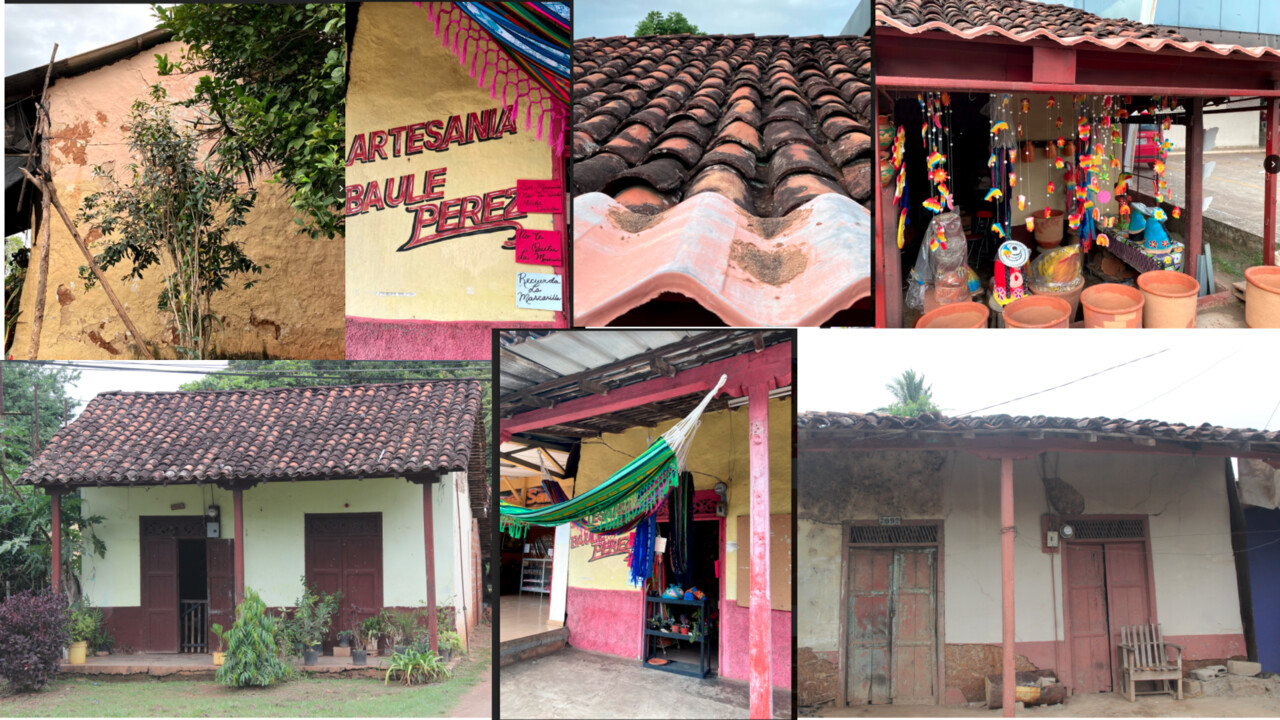 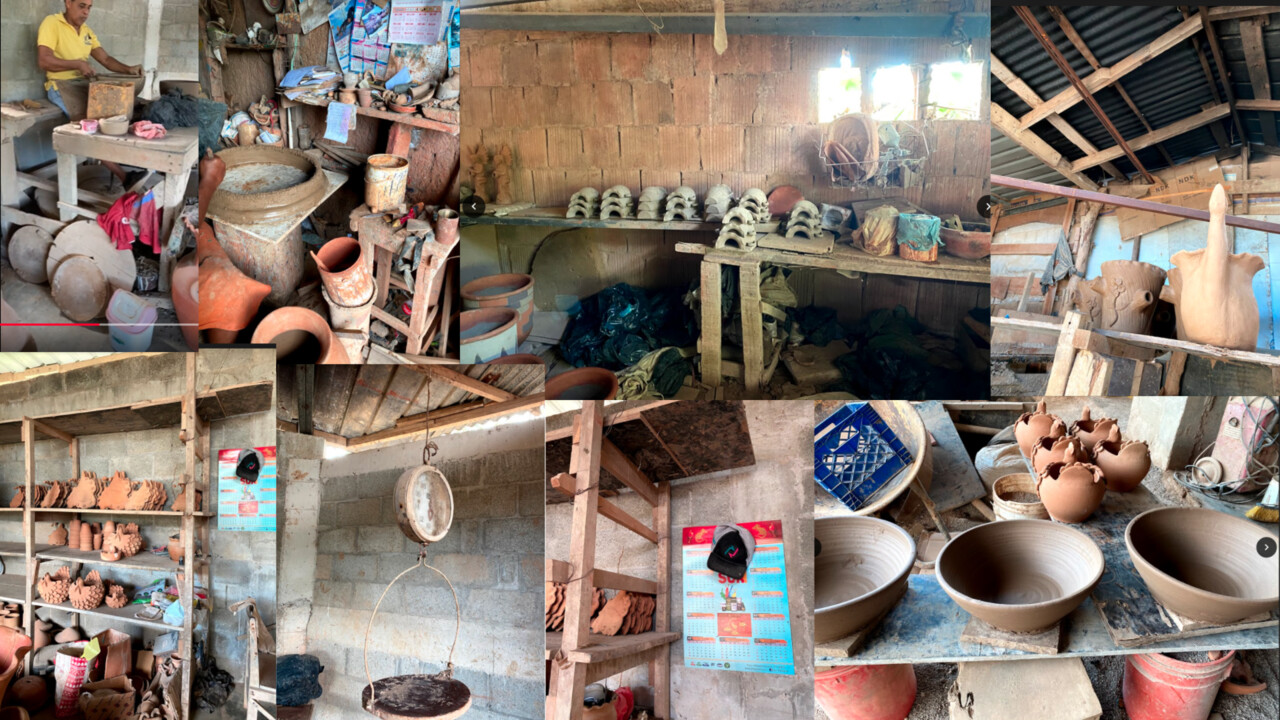 And I had to take a selfie with the shop! Because the google image that inspired me to do this project was an image of this house :) 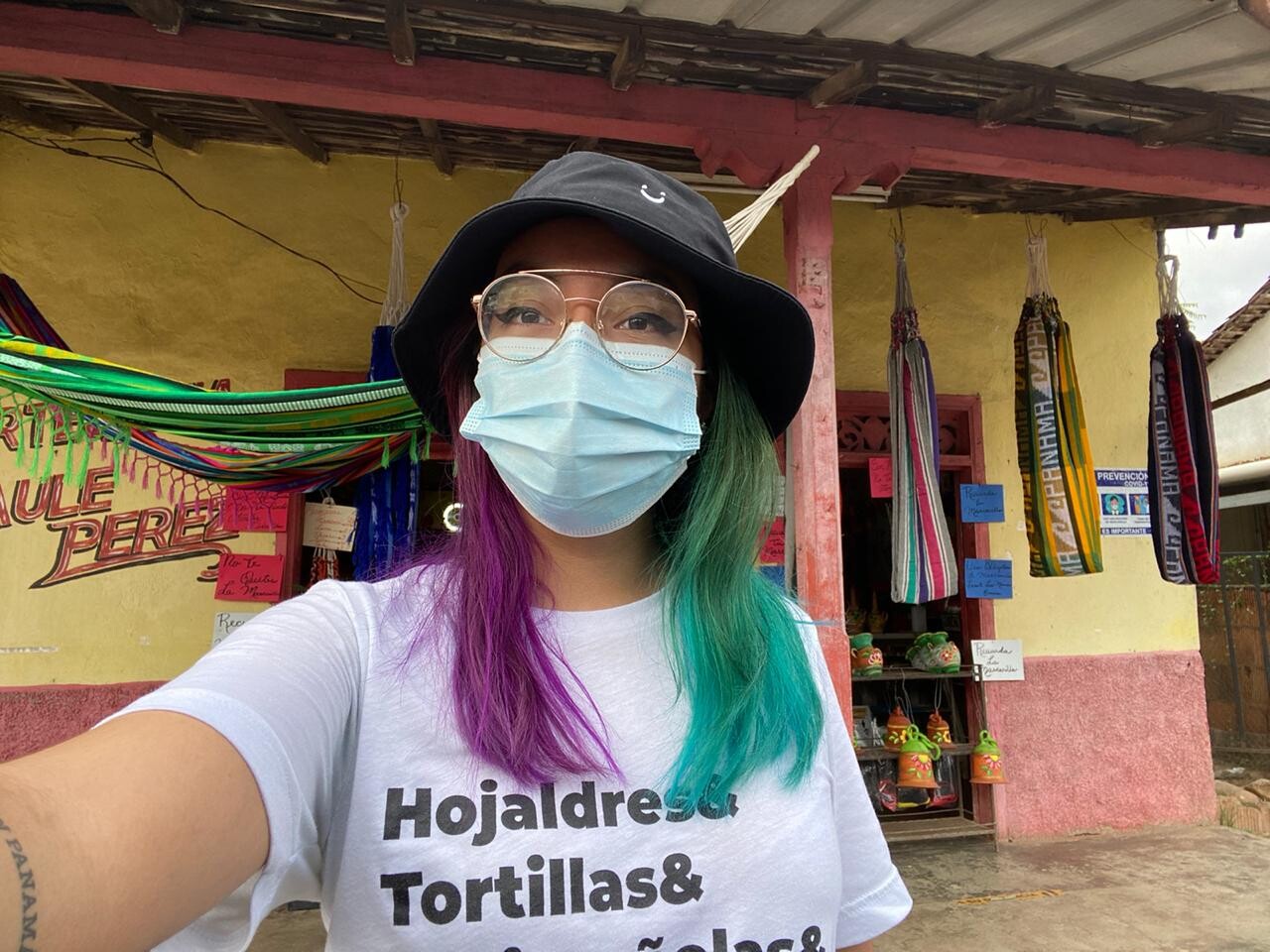