This is how the front porch looks so far: 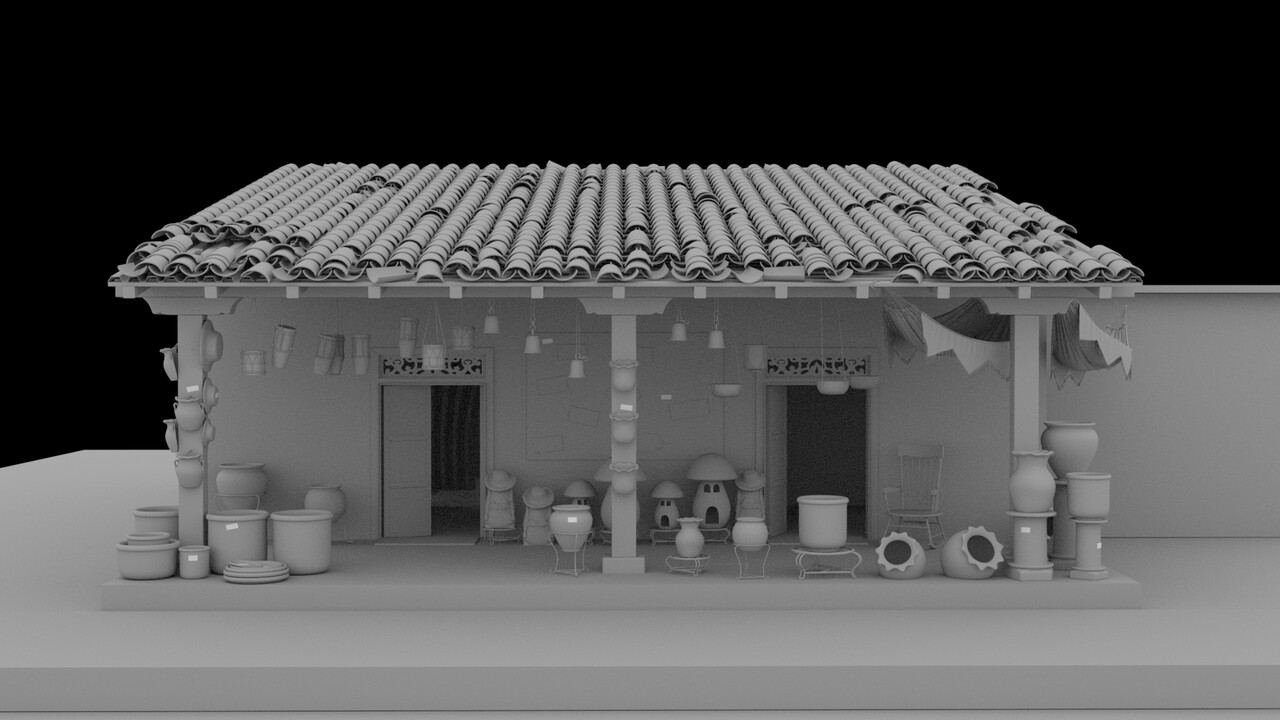 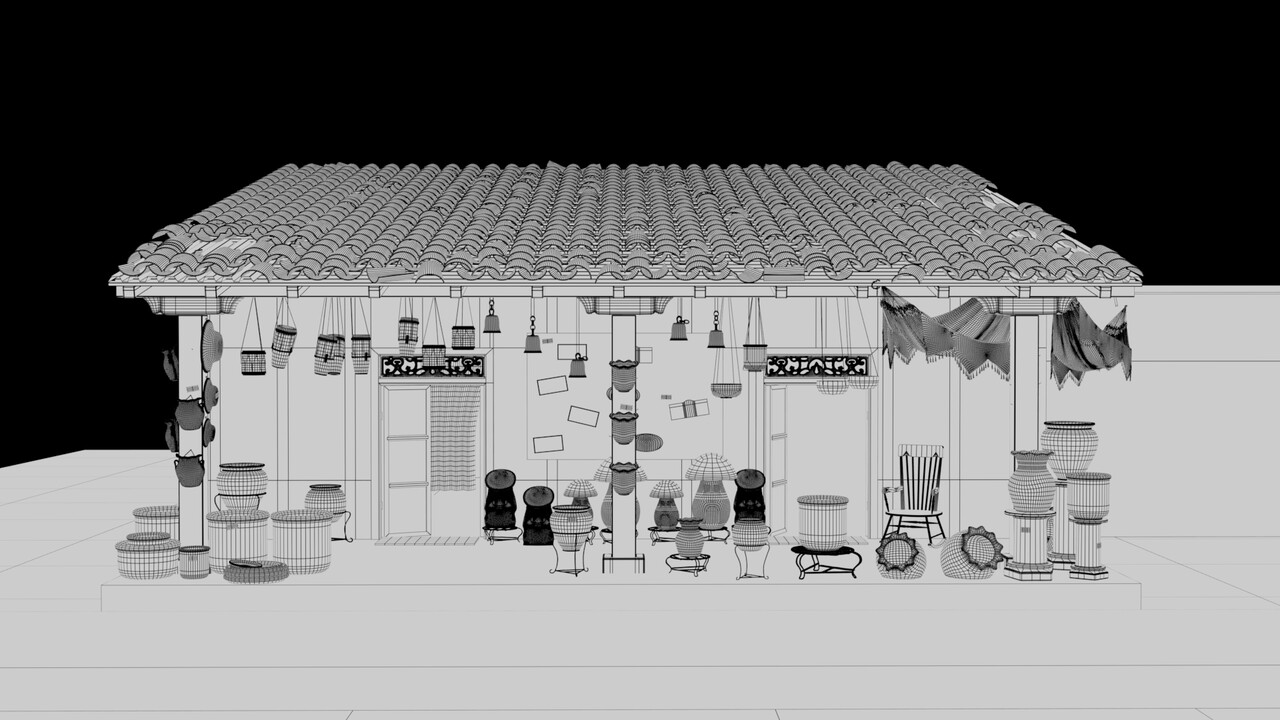 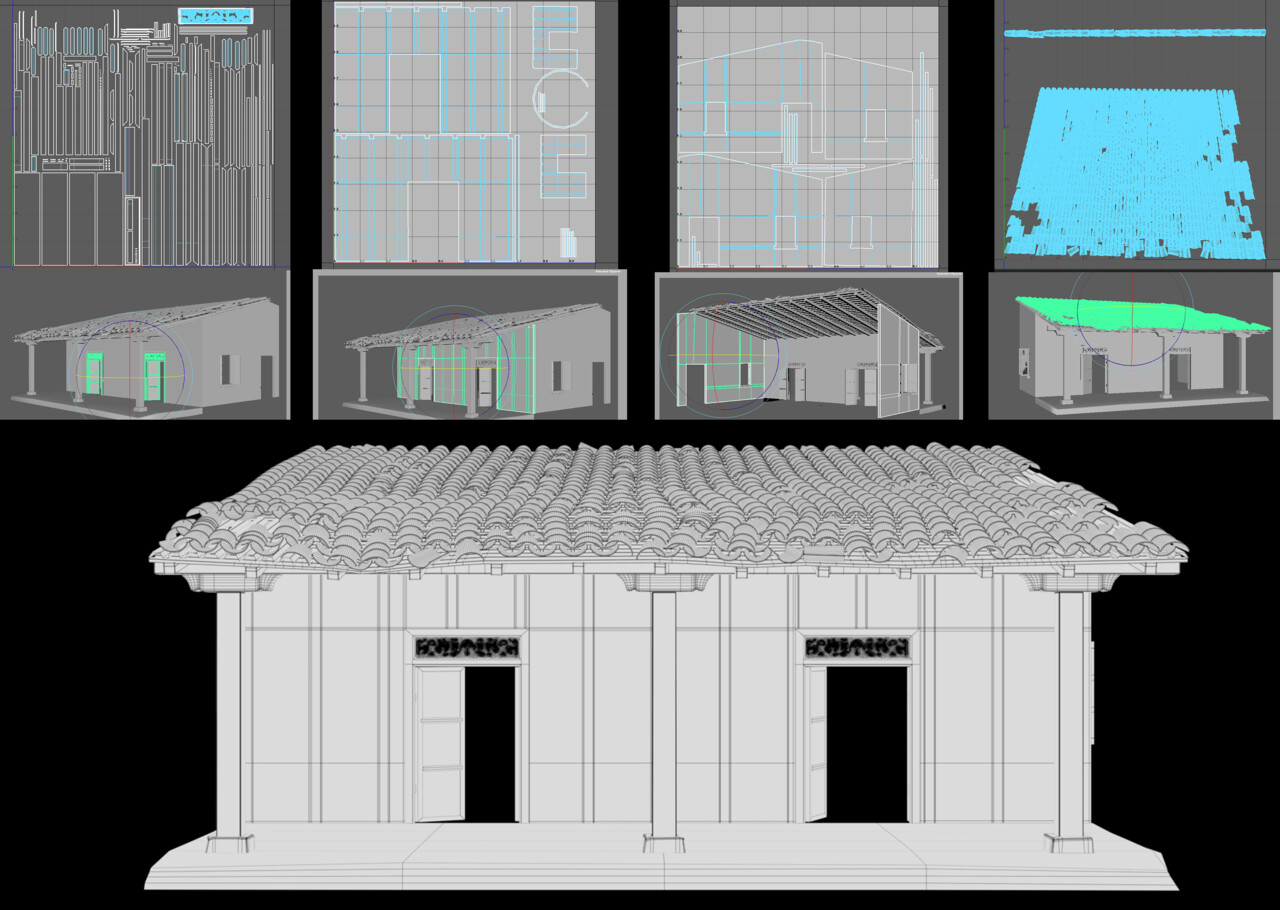 I used Maya and ZBrush for modeling. Here are the models I made with their reference on the side: 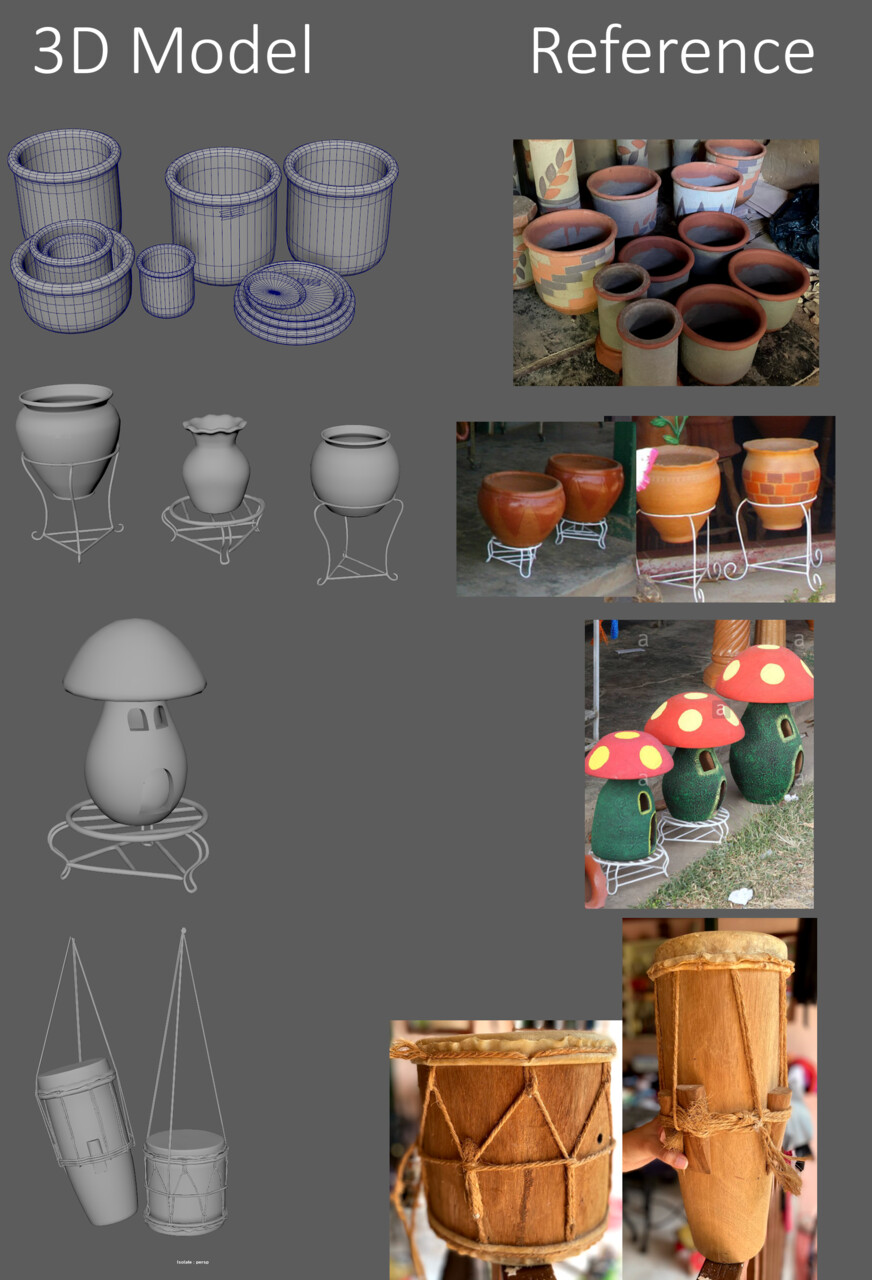 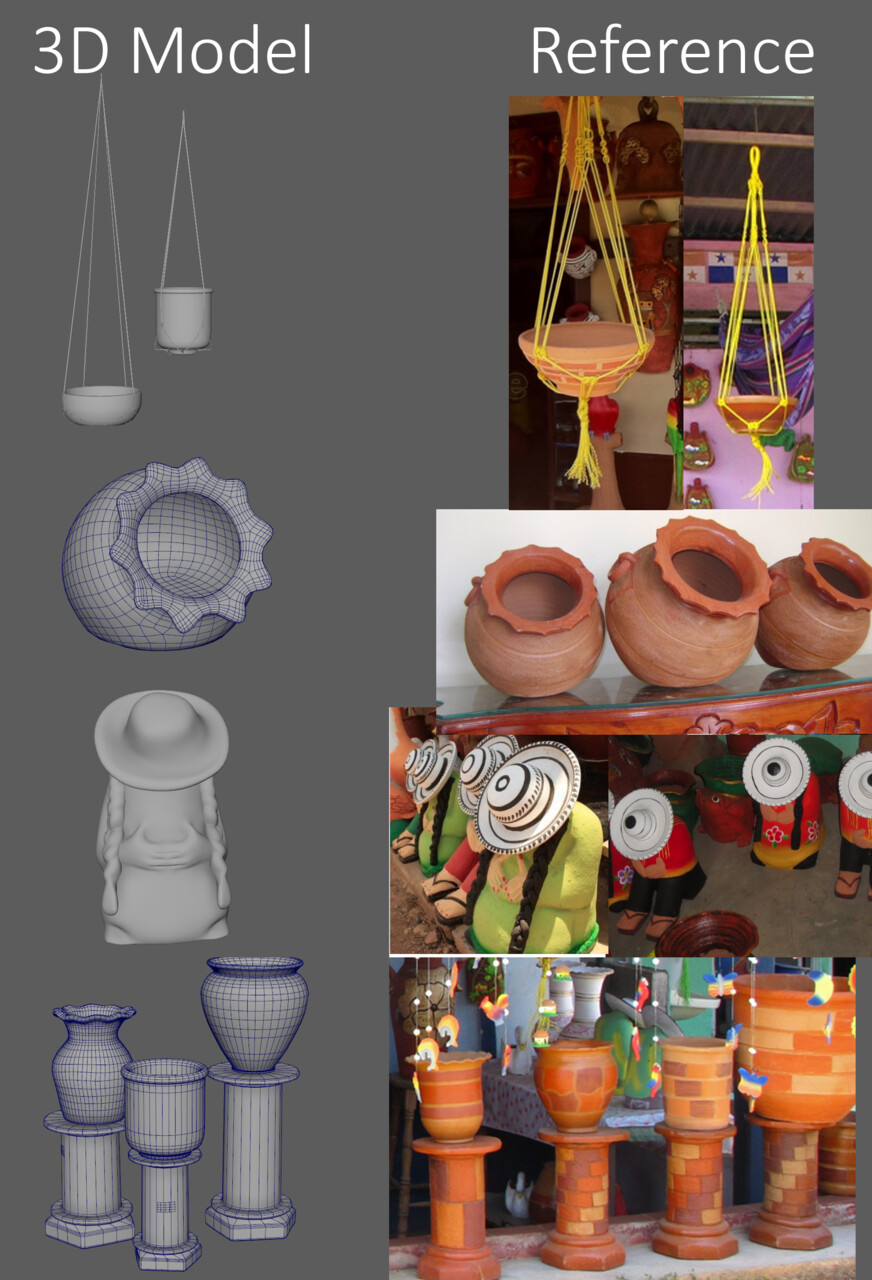 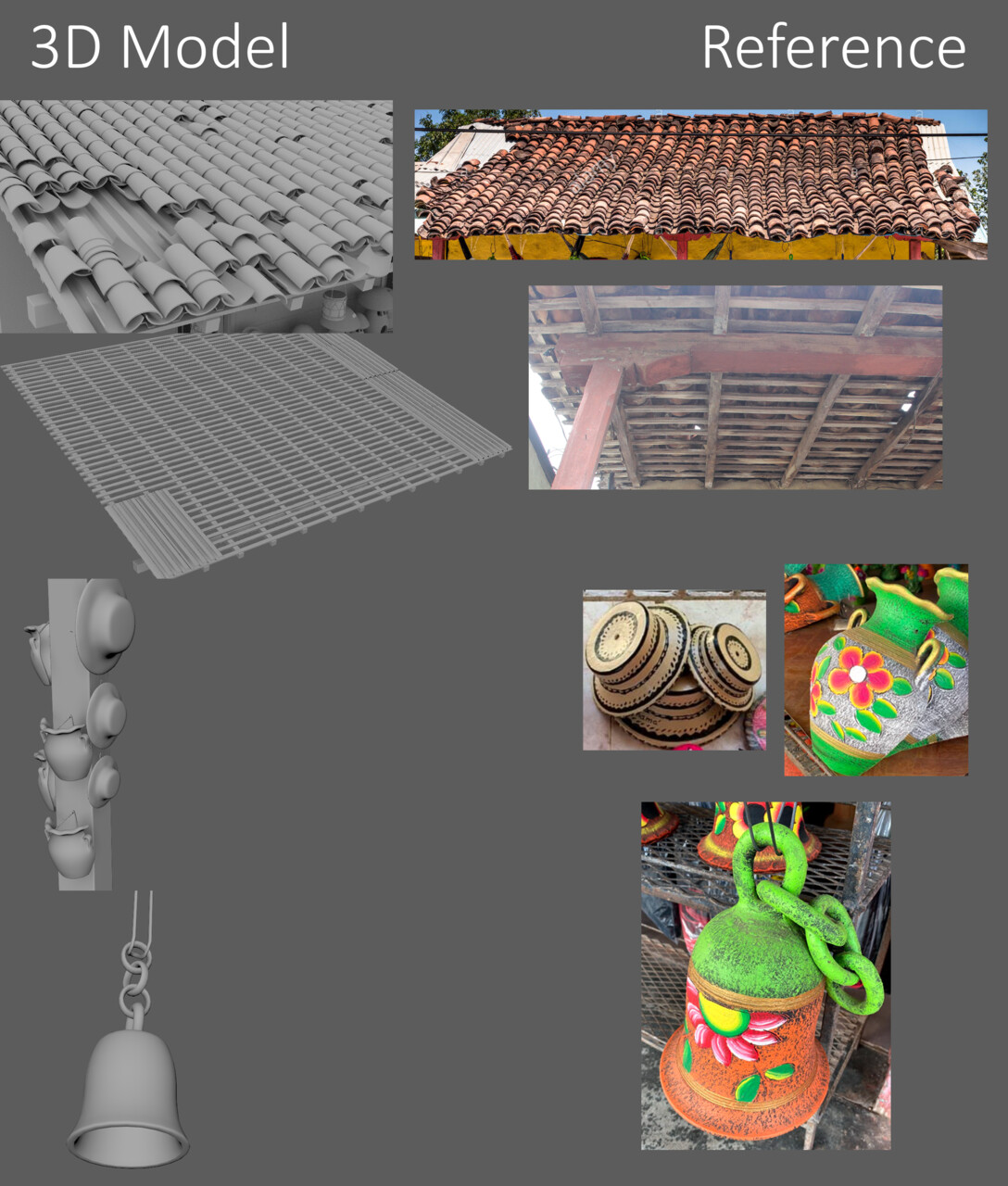 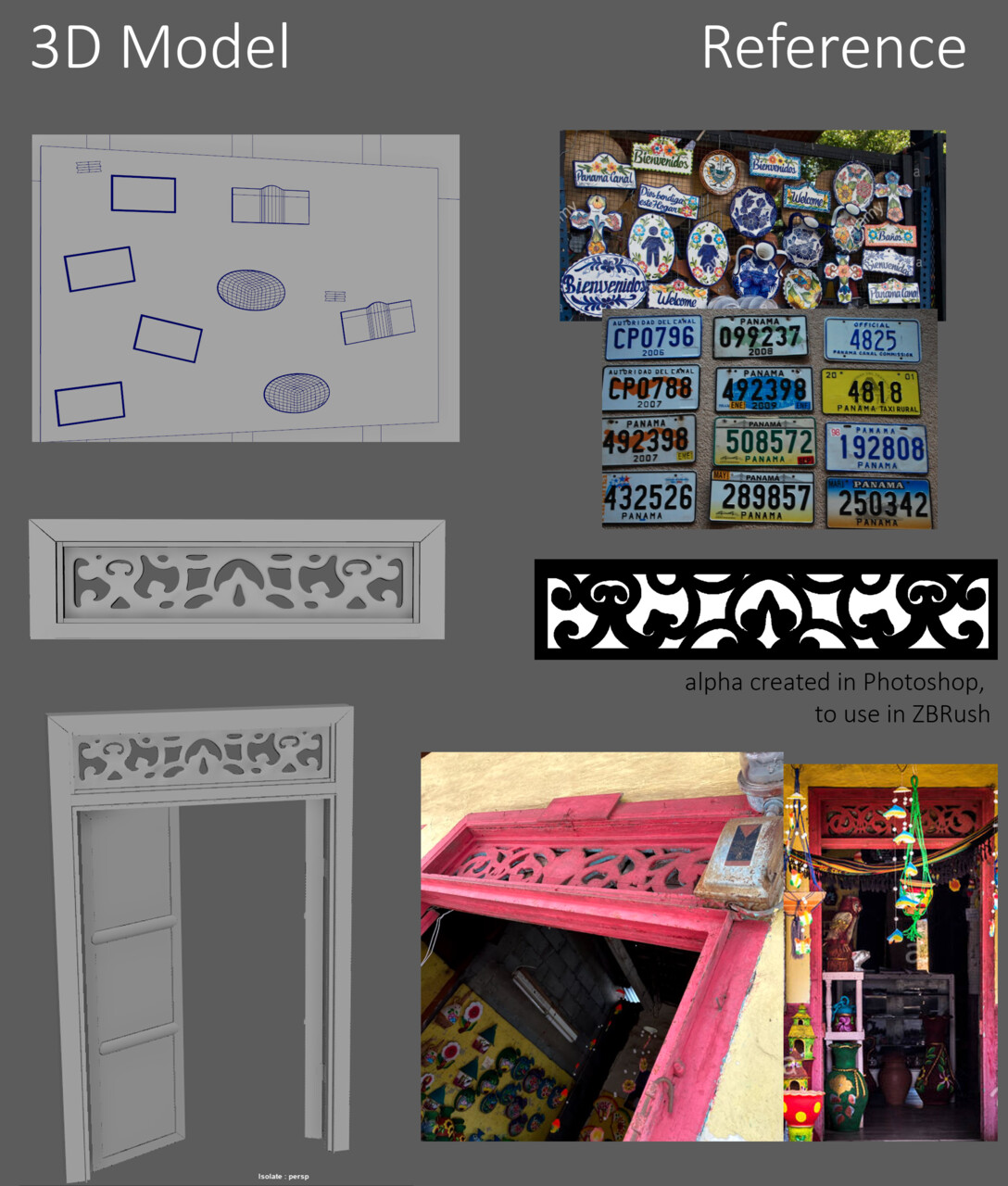 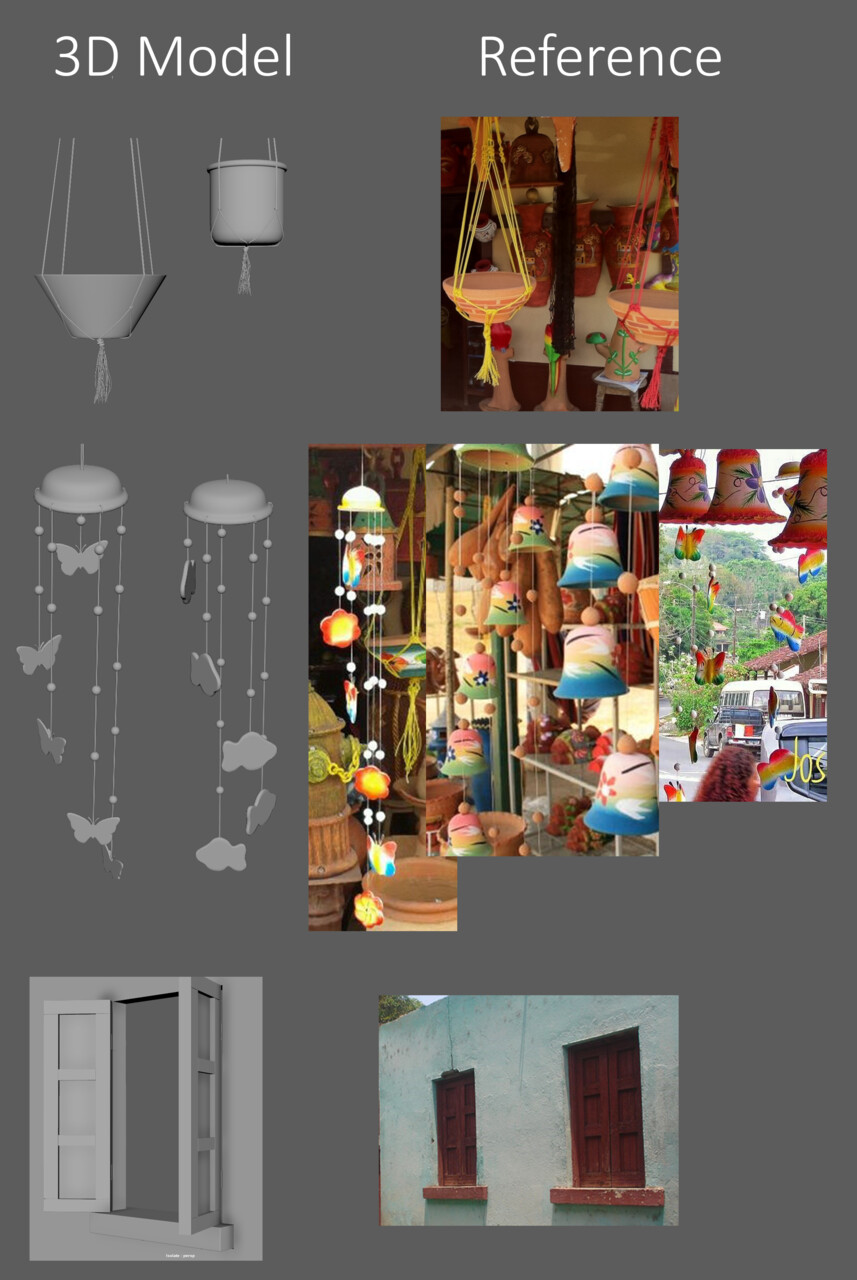 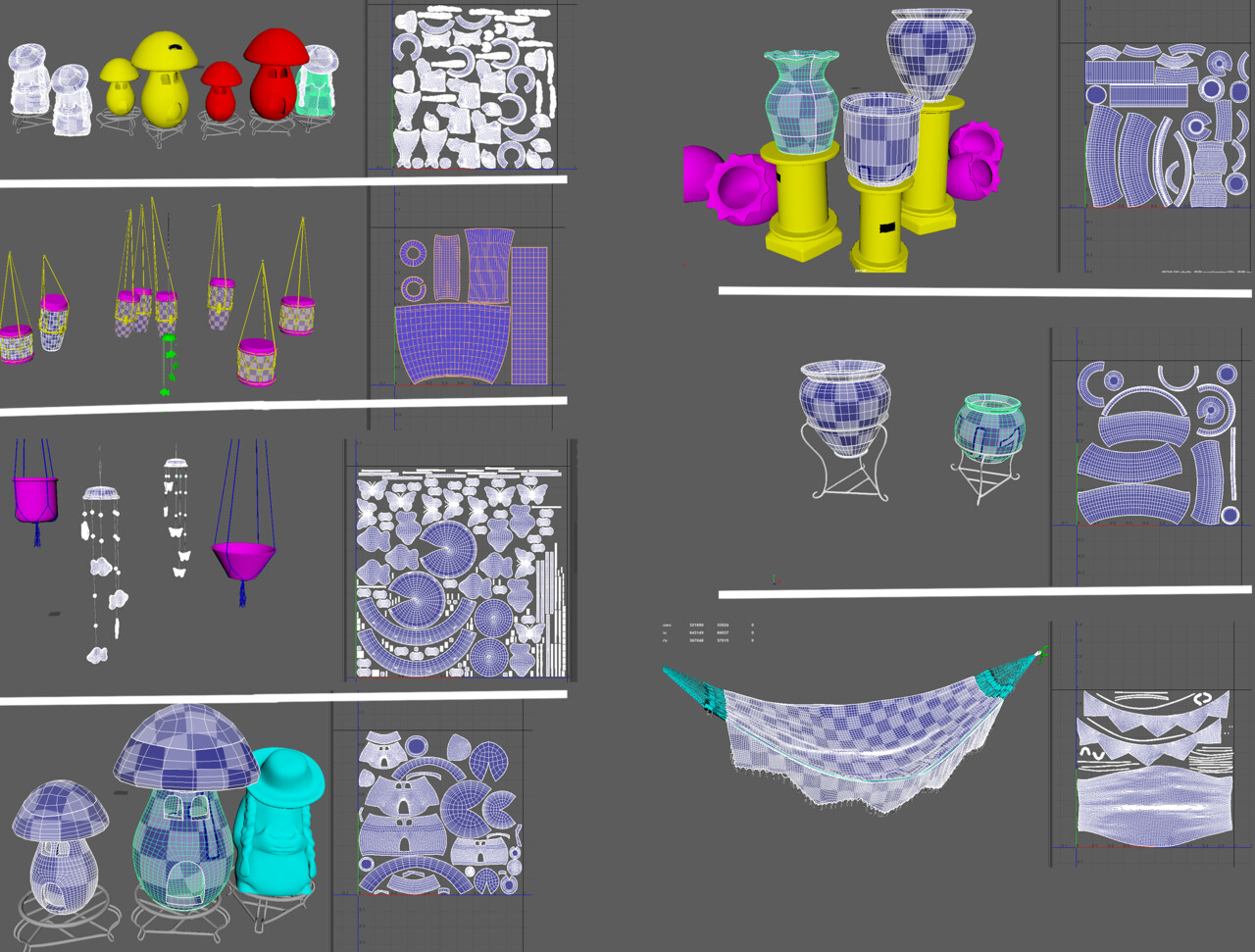 Some of the UVs - I changed the Hammock UVs to different ones. I also made sure some of the objects had the same UVs, so I can use the colorjitter node to add color variation

For the foliage, I took a couple of reference pictures. There is a mix of grass and sand:

Watching this tutorial, I was able to understand how Maya Paint Effects work, and I used their grass and plant brushes to get most of my foliage done: https://www.youtube.com/watch?v=TUa08UQOgJg&feature=emb_imp_woyt&ab_channel=TimMoore

I had to get used to the brush size and motion. In the beginning, I thought what I was doing looked good, but the grass was actually wrong. Number 01 is what I did in the beginning, and number 02 is the shape I ended up making: 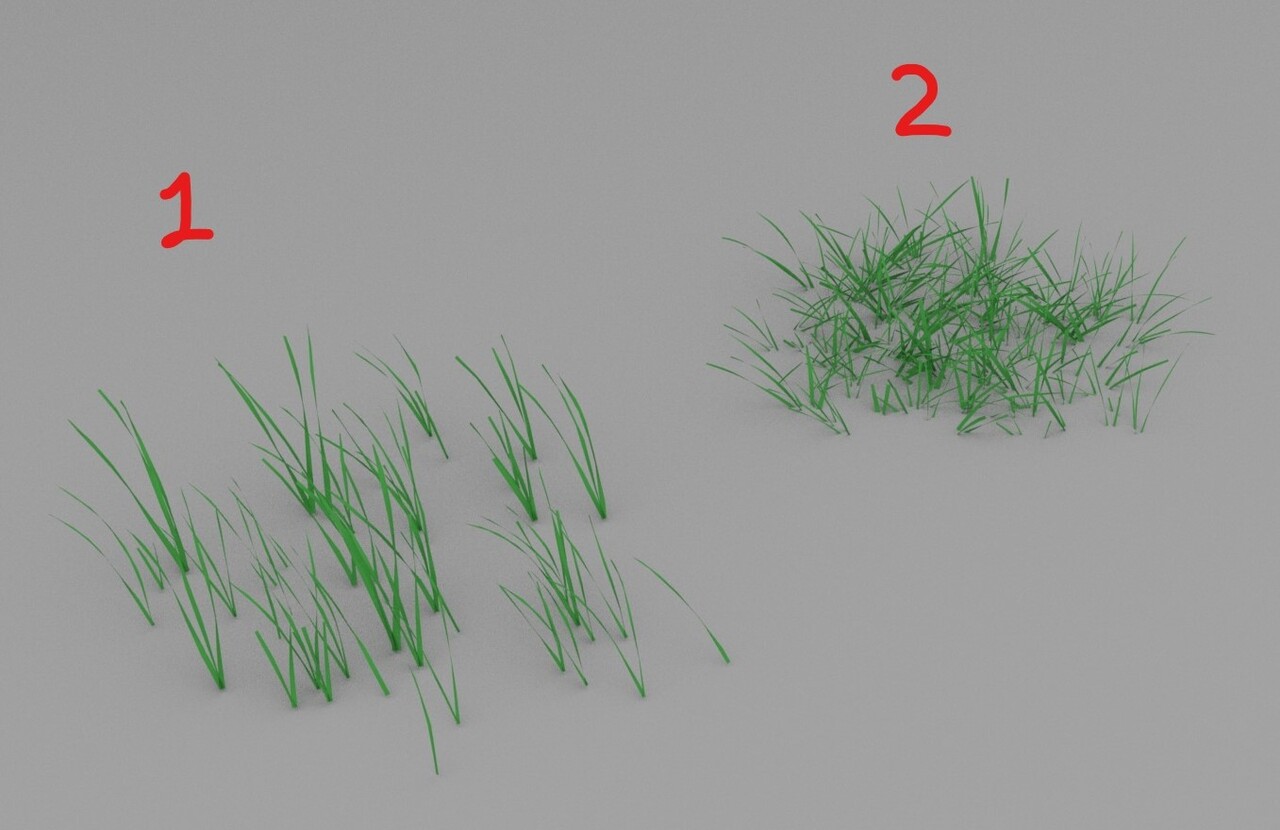 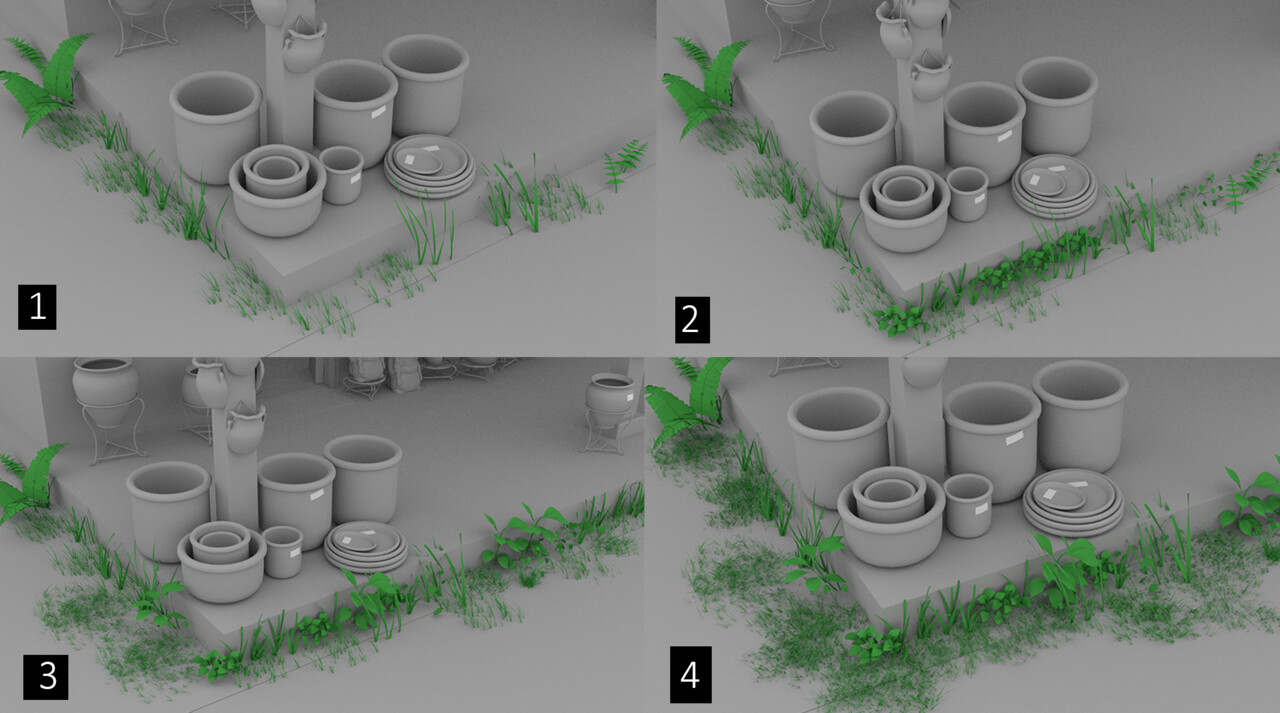 After adding the plants, I made a display layer just for the foliage, in case the scene would lag later on. 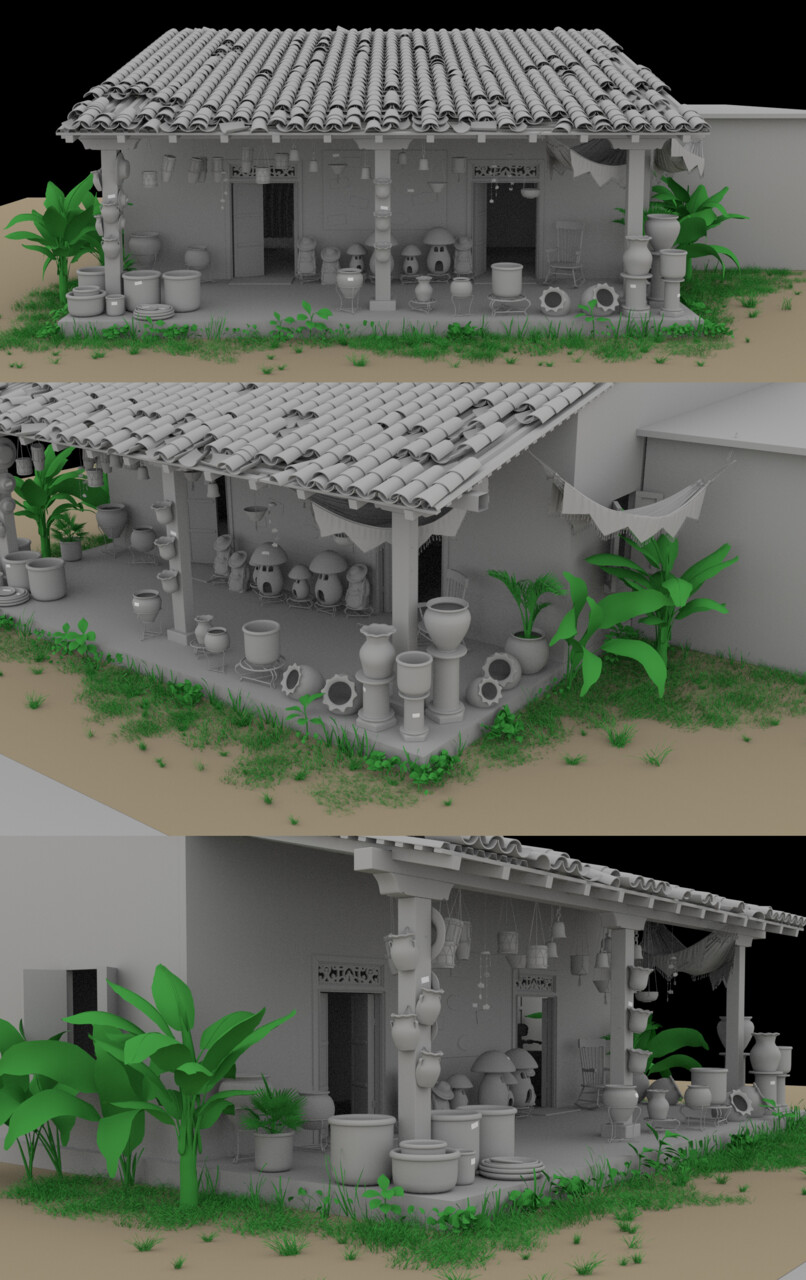 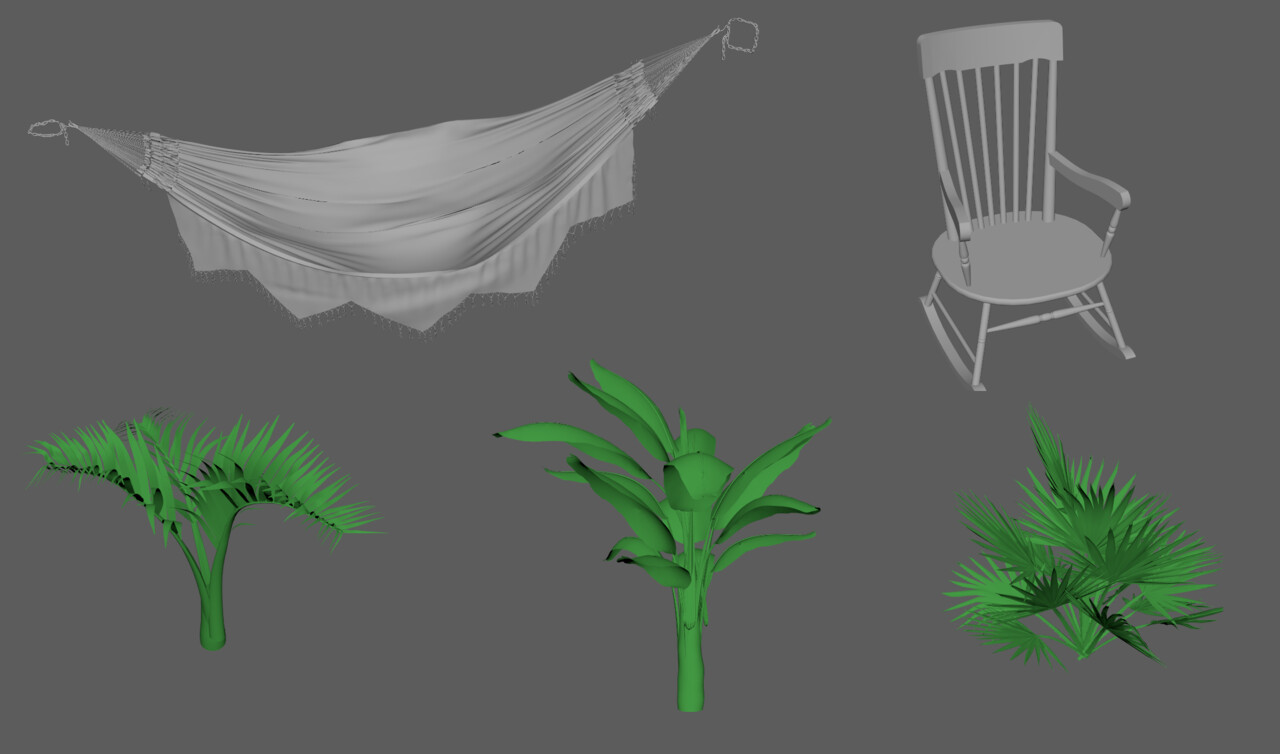 I started to get some details on ZBrush for my high poly normal maps, recreating chisel marks on some of the craftworks. I used the following brushes: chisel, rake, damstandard. Progress of my zbrush details: 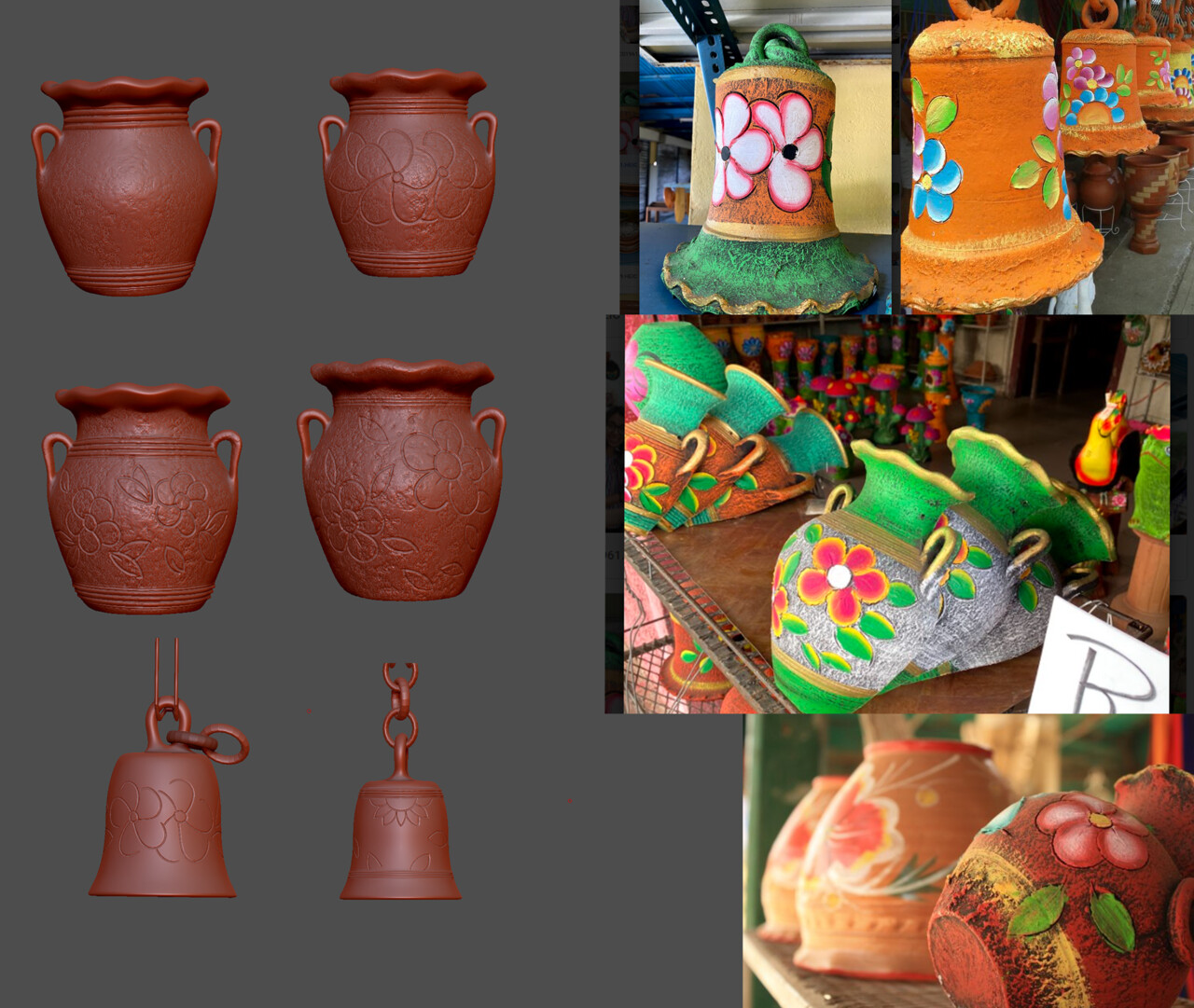 I was able to model the workstation structure that I was missing. For the breeze block, I modeled it in ZBrush, but then realized it was too high poly. So I brought it into Maya to retopo, but I ended up just making a retopo of the front shape like a plane and later on extruding. 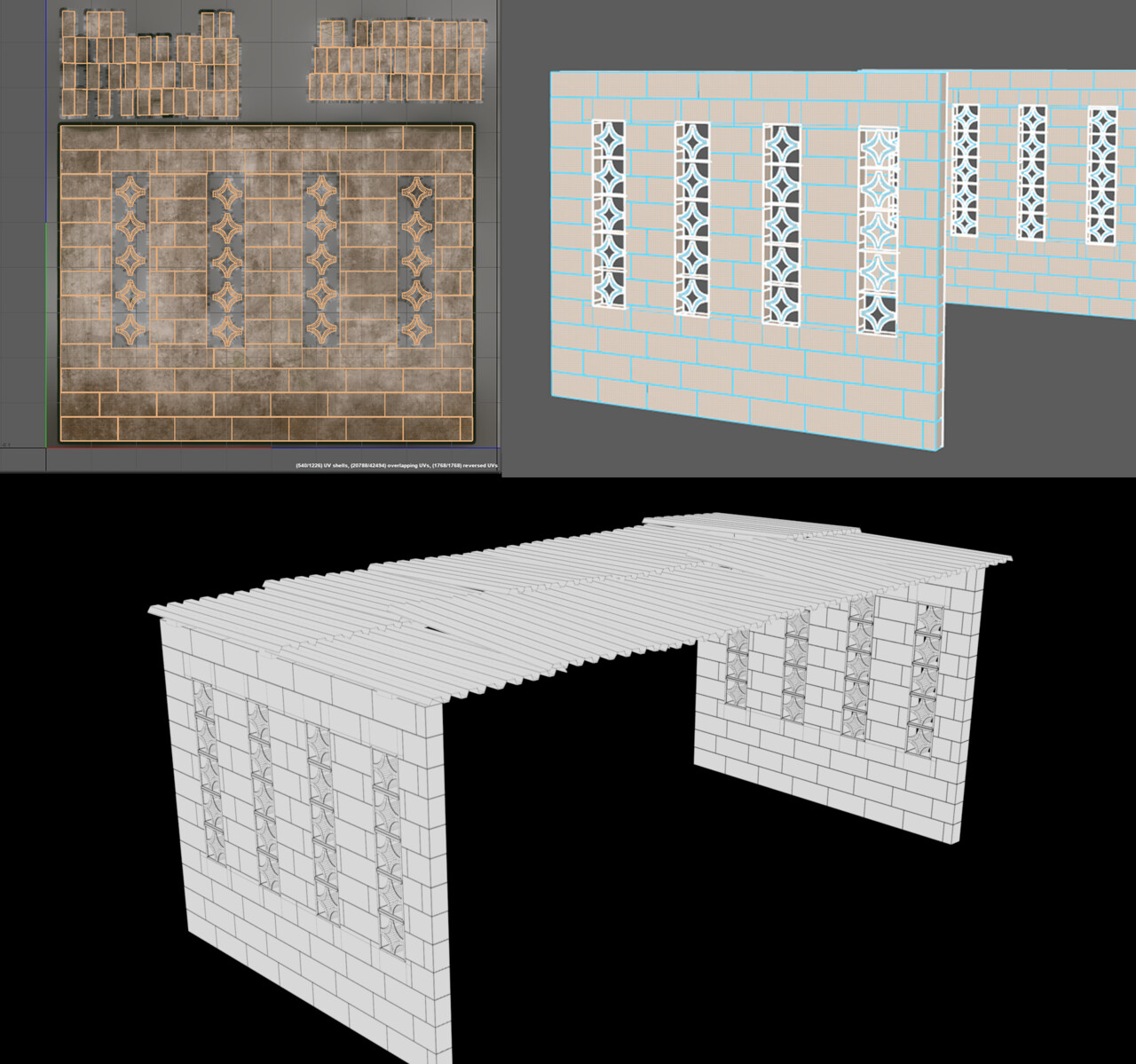